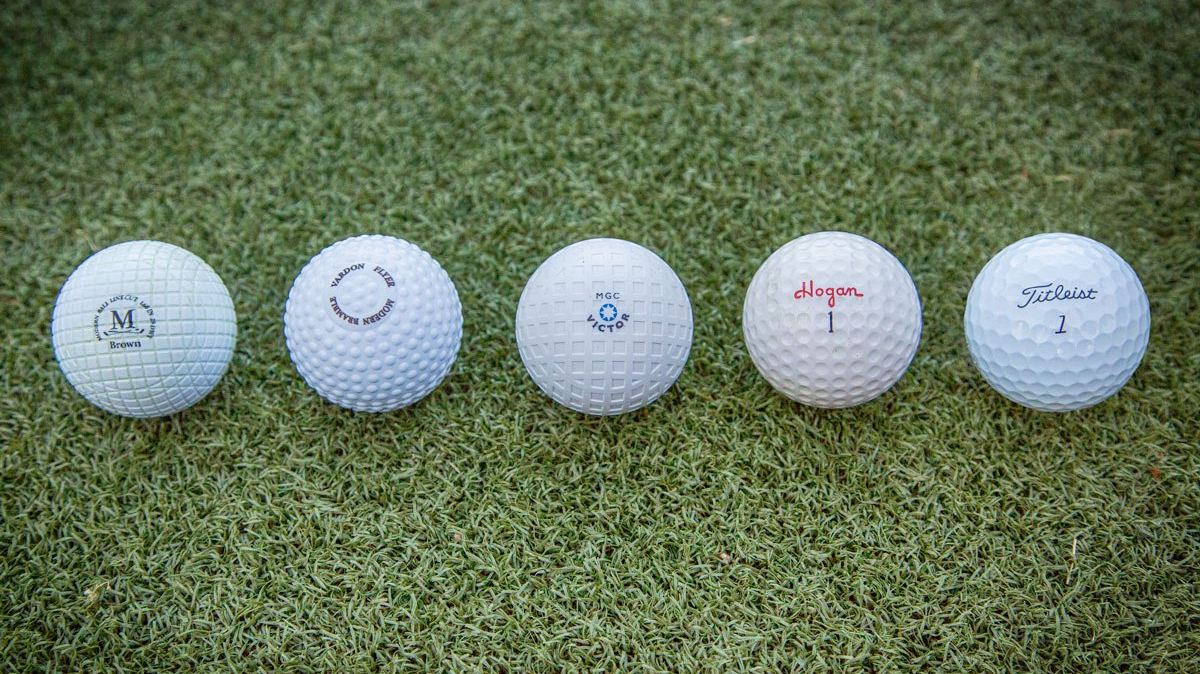 USGA Executive Director Mike Davis recently met with Jack Nicklaus and what was there main topic of conversation?… Rolling the golf ball back. Jack stated, “I’m happy to help you, I’ve only been yelling at you for 40 years.” His golf course designs are fantastic, one of my favorites being The Bull at Pinehurst Farms in Sheboygan, but I very much disagree with his stance on the golf ball. New golf courses have gotten much longer, yet your average golfer isn’t gaining 10, 20 or more yards per year. The golf companies sure try to tout that with each new driver launch, every half year, you will gain more distance. But your average golfer isn’t changing physically like the players on tour now are. The era of Tiger and intense strength training, along with golf club technology, is accentuating the newer golf ball distance.

The average drive of your every day male golfer is 214 yards, with his swing speed coming in around 93 mph. The leading driver of the ball on the PGA tour is Tony Finau at an average of 327 yards with a swing speed of 124 mph. His backswing is also about as short as a 80 year old golfer. If golf’s governing bodies (USGA and R&A) were to roll back the golf ball, this would effect your daily golfer much more than your long hitting tour pros. Even across the PGA tour, you are going to continue to reward your long hitters more as they are still going to be able to reach long par fives. They might have to use a longer iron or possibly even a 3-wood, but all of your moderate and short hitters on tour are now no longer going to be able to hit that par 5 in two.

Mike Davis made the statement, “Throw Dustin (Dustin Johnson (DJ)) an 80 percent golf ball and say, ‘Let’s go play the back tees,’ and guess what, it would be a great experience for him.” If Dustin is hitting the ball 315 yards and he then uses an 80 percent golf ball and is only hitting it 252 yards. Your average male golfer at 214 yards is still significantly behind DJ and no where near the caliber of player. How is that going to be a great experience for Dustin? We would all love the opportunity to play with a PGA Tour player but there is nothing saying it makes it any less fun playing a different set of tees.

I love seeing pros shoot low scores. Even though the US Open is an amazing golf tournament, the fact that they like trying to keep the score around even par to me is not as much fun to watch. I would much rather see birdies being made versus players nearly breaking their wrists in six inch thick rough and only advancing the ball 30 yards. When you hear announcers and tournament organizers talk about normal golfers being able to relate to making a bogey, par, par, bogey, bogey… sure maybe they can relate to the overall score or barely advancing the golf ball, but its not because of the extreme conditions. Its because your average golfer is that much different than a tour pro.

Golf course architects keep talking that the only solution is to lengthen courses. But take a look at this week and last week on tour. Both Riviera and PGA National (Jack’s course) are playing at less than 7400 yards with water, bunkers, rough and narrow landing areas all keeping the long ball in check. Both of these courses could do even more to shrink down and force long hitters’ hand when putting the ball out there that far. If you look at last year’s US Open at Erin Hills, playing at around 7800 yards, Rickie Fowler, Matt Kuchar, Steve Stricker, Jim Furyk and Zach Johnson were the only players in the top 25 shooting under par (with an average drive of less than 300 yards). All of these players scored because they were in the top ten of Fairways Hit, Greens Hit or Average Putts. An 80% golf ball would have not allowed these players to reach some of the holes they were reaching, and would also have made them have to come in with a longer iron or wood most likely making them less accurate.

I am not saying that I am against golf governing bodies making a change, I just don’t think the golf ball is where it should be done.

Some of my favorite #golf spots from the past year
What a wonderful birthday yesterday kicking off Thursday with golf at @clubatlaclabelle with @pjkoenig @statelinegolfnut and @bslevine32, an awesome morning round yesterday at @pinehillscountryclub with @giljohat and then dinner at @mrbssteakhouse with my favorite person in the world, @seifert_kl.
I’m really excited to get back to @clubatlaclabelle tomorrow for a round of #golf with the @wsgagolf “America’s #1 Intern,” @pjkoenig
Theres been a lot of #instagolf talk lately about #par3 #golfcourses and for good reason! Wisconsin alone has 3 new par 3 courses opening this year, including #thebaths at @golfkohler #pioneerpointe at @hawkslandinggolf in #Verona and #12north at @trappersturngolf in #WisconsinDells.
The highest point on the @sandvalleygolfresort property, the #Volcano is where everything comes together at America’s hottest #golfresort, including the 1st and 10th tees, ~ 9th, 18th and alternate 6th greens (for the 6-hole loop played at twilight), practice puttting green, range and #craigsporch.
Had the chance to get back to one of my favorite vacation spots last week, @sandvalleygolfresort
Excited to get the next couple days started out this afternoon at @bullseyegolfclub in #WisconsinRapids.
It’s @sandvalleygolf week! Looking forward to returning to one of my all-time favorite and one of the world’s hottest #golfdestinations on Thursday to re-shoot the #Sandbox and #SandValley courses.
One of the toughest holes on the course, the 10th at @erinhillsgolf features a mostly blind, uphill tee shot that typically plays dead in to the wind.
An overhead view of the par 3 14th at @northshoregc in #Menasha #Wisconsin
Happy 4th of July, everybody!
A little auto-generated #video from the @djiglobal app from last week’s epic morning #photoshoot at @erinhillsgolf - what a beautiful #sunrise and #golfcourse!
Rough weather today for Charlie’s 1st day of #JuniorGolf at @nhccwi but he’s already looking forward to next week!
The Village at @erinhillsgolf is modeled after the old-fashioned towns of #Scotland and #Ireland - aesthetically, it works harmoniously with the inland links-style course and its vast expanses of rolling hills and #fescue fields.
The 18th at @erinhillsgolf is one of the most iconic #golf holes in the entire state of #Wisconsin.
While none of us used the @bubbawatson speed slot added prior to the 2017 @usopengolf at @erinhillsgolf , our threesome was a combined -2 on the beautiful par 4 2nd hole yesterday.
As an unintended consequence of playing and #photographing #golf on the 2nd longest day of the year, today it meant getting up to chase light early. Real early.
I’m starting to allow myself to get excited for June 22 and my first trip back to @erinhillsgolf in 3 or 4 years.
I’ve been working on a #golf #coursereview of @tuckawaycc in #Franklin #Wisconsin, one of the top #privategolf courses in the #Milwaukee area and former host of the #GreaterMilwaukeeOpen for 20+ years.
Got a chance to try out a new #golfglove today from @redroostergolf - a really nice, premium product that feels a lot like the @footjoy #StaSof I normally use and love, but with maybe a little nicer aesthetic.
%d bloggers like this: