As I wrote in a previous post, the Vince Lombardi Golf Classic at North Hills Country Club is a huge ordeal, and we had an unbelievable amount of fun at this year’s event.

My fiance, Kelly, and I had a wedding downtown on Friday night, and I had a golf outing on Sunday morning at New Berlin Hills (Terry Fritz Memorial Golf Outing), so Saturday was our opportunity to experience the action.

Our new house is off the sixth hole at North Hills in Menomonee Falls, which is quite convenient for the event. I was given a media pass to wander and take pictures, tweet to #LombardiClassic and do media-y things, in general.

One of the cool aspects about the Lombardi is that when you go year after year you start to develop little friendships with the participants. Some are more friendly than others, but guys like Micah Hyde, Mason Crosby, Jarred Abbrederis, Lynn Dickey, Greg Matzek, Jerry Kramer, Tim Masthay and Gorman Thomas are really nice, genuine people. It makes cheering for the ones still playing professional sports really easy.

Just a few photos from Saturday at this year’s event:

Ex-Brewer Greg Vaughn, Norm and Dan on the 6th tee 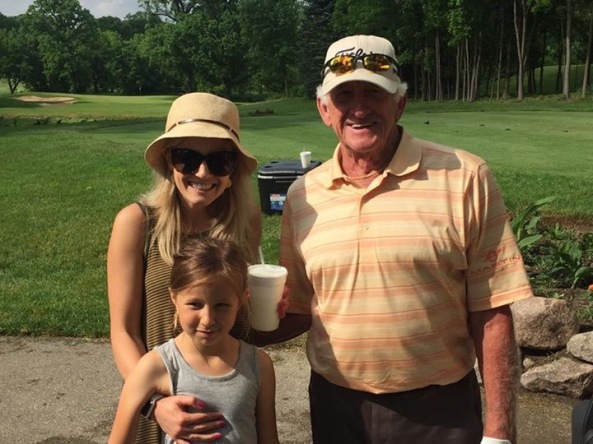 There are few $10 sports experiences I can think of that rival spectating at the Lombardi. Put the first Saturday of June, 2017 on your calendar early, and make sure to stop by North Hills Country Club for next year’s 47th annual Vince Lombardi Golf Classic.